The Best Cities to Study in Canada for International Students 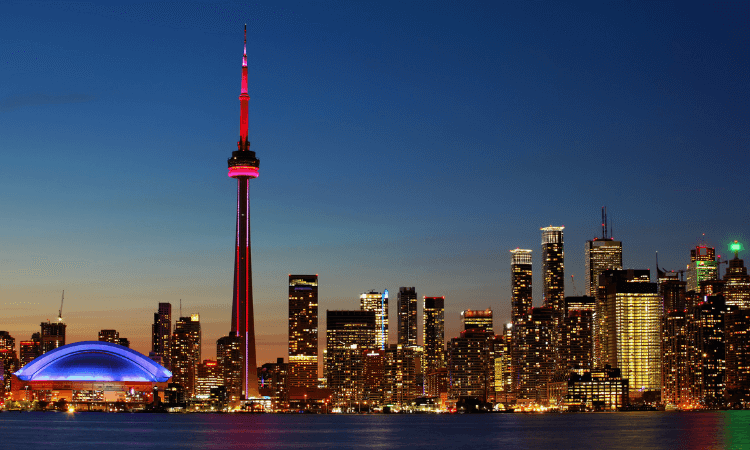 Canada has gradually and steadily emerged to be one of the most popular destinations for international students seeking higher education. More and more international students are choosing to study in Canada as compared to the US or any other country, as the cost of living is relatively less in Canada. The standard of education, cultural experience, global level experience offered by Canada are on par with the other most-sought-after study abroad destinations.

The Canadian government has also been focussing on encouraging educational tourism in the country through its multiple scholarship programs. In addition to this, there are ample job opportunities that are made available for students passing out of Canadian universities. In this blog, we will discuss some of the best cities in Canada to live and study, that are home to some of the top Canadian universities. 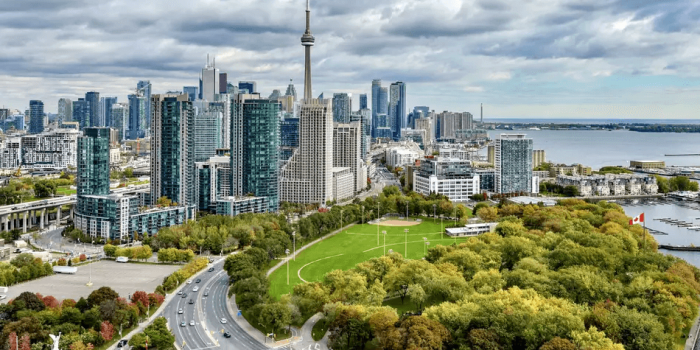 Situated on the banks of Lake Ontario is the major city of Toronto that has an estimated population of around 6 million. Toronto is considered to be one of the most multicultural places in the world. The city is the centre for art, business and education in the country. You will never be disappointed while you are in this city; you will find not only various types of restaurants but also a wide range of entertainment activities such as festivals, sports and cultural activities.

Though Toronto, on the whole, is a major tourist attraction, the city is a popular choice among international students who want to pursue higher education. Canada’s top university, the University of Toronto, is located in this city. Toronto is ranked as the 13th best place to study in the world.

In terms of safety, Toronto has a score of 81 per cent on the safety index. The city is very diverse and racially tolerant. There are specific areas like Little India, Little Italy, Chinatown, Greektown and many more where most of these communities live. You will be able to experience a variety of worldly cultures in a single place.

Undoubtedly, Toronto is one of the expensive places to live in Canada. However, you will be able to find accommodation that fits your budget. The estimated cost of living in Toronto for a single person is CA$1,000-3000 per month based on your accommodation arrangements and lifestyle choices.

International students will find plenty of part-time job and internship opportunities to support themselves during their studies in the city. The average base salary for a part-time job in Canada is CA$14/hr. In addition, there are many good post-degree jobs available as well, the placements for which happen in the campus itself. 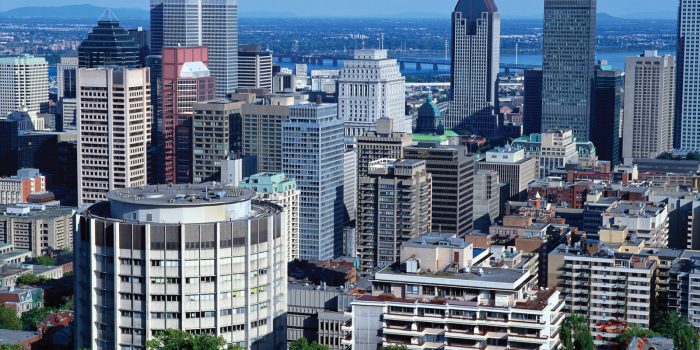 The city of Montreal is considered to be a great destination to study in Canada given its world-renowned universities and the dynamic cultural experience the city offers for international students. Students get to enjoy music, art, sports and fun events that are always happening in this city. Another interesting thing about Montréal is that you can choose to study either in English or French.

Montreal is one of the safest places in the country for foreigners; you can travel alone at any time of the day; be it early morning or late night without worrying about your safety. However, like most cities around the world, there are a few shady areas that are best to be avoided.

Although the average rent in Montreal is relatively high, the cost of student accommodation is quite reasonable, and people are very accommodative towards students. Also, there are multiple hostels in the area where students can choose to live. On an average, international students need to have a budget of CA$1200 per month to live in Montreal.

Greater Montréal has a large number of companies investing in different industrial sectors. In recent years, the city has experienced tremendous growth in employment rates. It is a favourable employment market for both part-time and full-time jobs for international students. 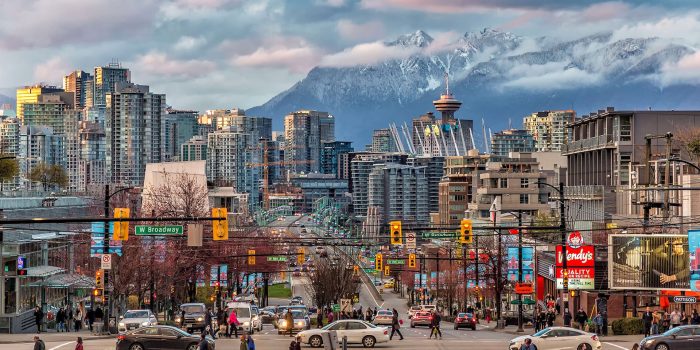 Vancouver is one of the stunning cities in the world, surrounded by beautiful mountains and the picturesque Pacific Ocean. Popularly known as the ”Hollywood of North”, Vancouver is home to Canada’s TV and film production units. This city has a culturally diverse population with 40% of the city made up of immigrants. The city celebrates a number of festivals such as Sikh Vaishakhi parade, festivals related to annual Chinese New Year, Italian Day and more; in this city, you will learn the true meaning of unity in diversity.

Vancouver is also the top destination for international students for their higher education. The city is home to the famous University of British Columbia, the alma mater to three of Canada’s Prime Ministers.

The city’s low crime rate and complete tolerance for racial, ethnic or religious discrimination make it a safe place for international citizens from around the world to live. The city scores well in the category of providing security and hospitable environment for its residents.

Vancouver is the second most expensive city in Canada as per expatisan.com. Student accommodations can cost anywhere between CA$800-1200 per month. As a student, if you are taking care of your budget and expenses reasonably well, your estimated cost of living will be around CA$900 per month.

Vancouver is the hub for job opportunities in Canada, as top companies from around the world invest in this city. It is the centre for software development, biotechnology, aerospace and computer science-related fields. 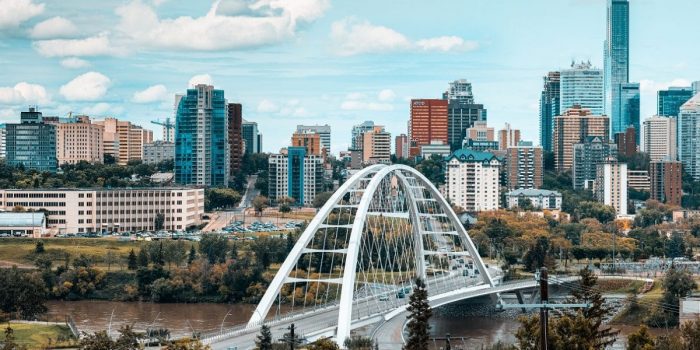 Edmonton, the capital of Alberta, is a student city and a popular choice among international students. Edmonton is home to several top public research universities in the world. This city hosts festivals all year round, giving it the nickname ”Canada’s festival city.” Edmonton is one of the beautiful places to live, with its natural beauty, diverse culture, attractions, scenic and picturesque locations.

Edmonton, in general, is a safe city, with authorities taking the required precautions to maintain social order and crime prevention. However, there are some sketchy areas in the city that are best to be avoided. The city is very inclusive and accepts people of all races, religions and genders. The community is very diverse and friendly.

Job vacancies in Alberta have been rising consistently for the past few years. Graduate students for specific fields like IT, architecture, Engineering and Medicine have the highest probability of finding a job in Alberta. Besides, an international graduate who has pursued a degree from any university in Edmonton or Alberta can easily find jobs anywhere in Canada. 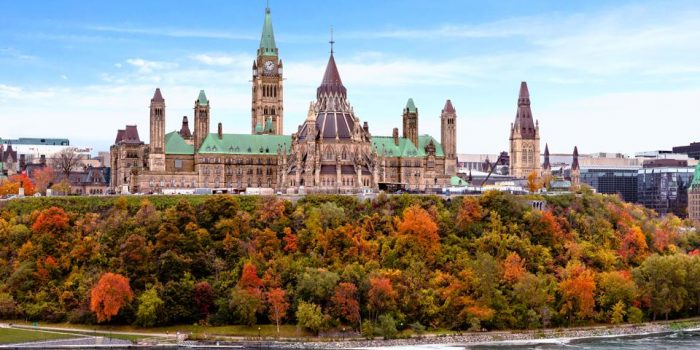 Ottawa is the capital of Canada. It is one of the friendliest and diverse cities both nationally and internationally. Ottawa is the complete package for international students planning to study in Canada. You will be able to find world-class universities, top companies, excellent quality of life and affordable housing all at one place.

Being the capital, the city assures one thing, safety! Ottawa is considered the safest city among all major cities in Canada. Ottawa offers a safe environment for students who come from different nationalities.

Ottawa is a city that provides high-quality life at a reasonable cost of living as compared to other metropolitan urban cities in Canada like Toronto and Vancouver. The estimated cost of living in Ottawa is CA$700-1400 per month for international students depending on your lifestyle choices.

Ottawa is the perfect city to find a job, especially if you are an international student graduate. This is the only city that attracts the students for the job opportunities available, more than its universities. You will find plenty of job vacancies in the IT and government sectors. It is an excellent place for international students to start a career in IT, computer science, engineering, technology or business. 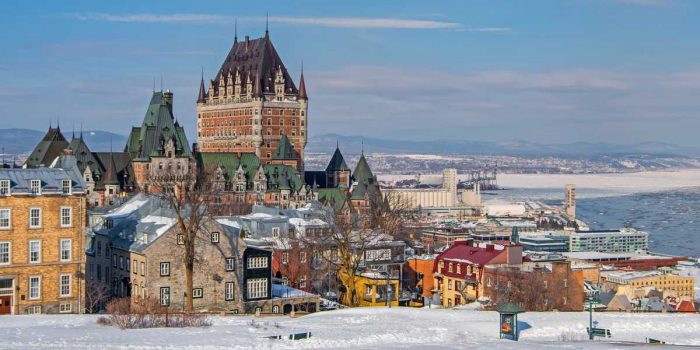 Quebec City, the capital of the Canadian province Quebec, has a good number of bilingual residents, proficient in both French and English. Quebec City is the place in the entire country where you will find the perfect mixture of English and French Culture. Quebec is considered as one of the top 5 cities in Canada to live in. Students can choose to learn in either English or French. Quebec is home to some of the best universities in Canada. However, the most common reasons why international students choose to study in Quebec universities is its affordable tuition fees and low cost of living.

Quebec City is very inclusive and respectful to all religions, races and genders. The overall crime rate is among the lowest in entire North America.

Job opportunities could be limited if you are not fluent in speaking both English and French. However, you will find plenty of jobs in the field of IT, medicine architecture in the Quebec province, primarily in Montreal.

Other cities that are also great to study in Canada are:

As aspiring students, international students like you will need to consider many factors before choosing the city or university where you wish to pursue your higher education. This article gives you an overview of the best cities to study in Canada. Factors like safety, the monthly cost of living, employment opportunities and top universities in each city have been discussed at length in this blog.

Here is a detailed blog on the cost of living in Canada for international students.

Cost of Living in Canada for International Students 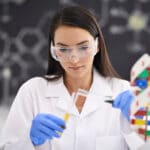 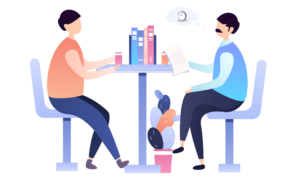